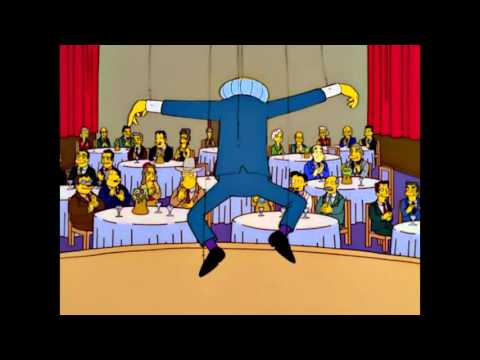 This will be a short one, but I need to put it out there, because the more I feel I’ve repeated myself, the more I meet people who don’t seem to understand this concept at all.

In your defense, actors of the world, you’ve been fed lies since you started watching behind the scenes documentaries, or interviews with cast & crew. Rarely, if ever, do you truly appreciate the concept of teamwork that is integral to making movies, the spontaneity of it all, the joy, the importance of every team member, and most importantly, that the whole is greater than the sum of its parts.

Yes, even greater than you.

Because despite what the world wants us to believe, despite every instagram account you see, despite every glowing review of a star’s abilities, you too are merely a cog in the machine. An Assistant Story Teller. A Dancing Monkey.

This isn’t a bad thing, though, when you come to terms with it. You’re there to play pretend, and make it seem real. Realizing that you cannot possibly hope to do this without the help of every single member of the team teaches us humility, grace, and an ability and willingness to collaborate.

Far too often, I see actors responding to the DIRECTOR OF THE FILM’s directions with “Nah, I don’t think my character would do that.”

On behalf of everyone: Please drop this line of thinking immediately. Shut your mouth, and realize what you’re saying.

You are saying “I know this character than you, boss, and you are wrong and you should change your vision because I say so.”

Even if the director lets that go, rest assured, they think you’re an asshole.

The thing about collaboration is that you “should” speak your mind when you have concerns- because your job is to be intimate with the character. If you’re doing it well, your gut should tell you when something doesn’t feel right.

But never, ever again should you be saying “My character wouldn’t do that.” Ever again. Because your job is to find a reason for your character to do that.

Look at it this way: You’re playing a character who’s intrinsically shy, but then gets into a fight. Why? Why would they suddenly fight? This makes no sense! Guess what, mate: It’s your job to make it make sense. State your concerns, talk to the director, find a way to compromise.

Do not be so arrogant as to stick to your preconceived notions of character. That fundamentally denies what we as actors are supposed to be- empathetic. We need to understand our characters so well, that we can justify anything, with help.

You are not better than your director, your sound guy, your make up artist, or your First AD. Your ideas are welcome, but a part of a collaboration. You, like the rest of them, are here to create a vision together.

Do not get lost in the fantasy that Hollywood feeds you, that the actor creates these characters completely on their own, without help and without compromise. It is tripe, and it makes you a less versatile person, and a less empathetic human. You can do better.