So with my last bit of writing, I seemed to strike a chord with people in a way I secretly hoped, but didn’t expect to. Gaiman said it best when he said that your work is like a little message in a bottle put out to sea, amongst thousands of other little bottles, hoping yours gets picked up by someone, and they too will make a message saying they liked it, put it in a bottle and send it back to you. Often, it just isn’t to be.

On that note, I’m fairly sure I referenced that exact same Gaiman speech in my last entry, so let’s move on.

I can’t even be original when I’m quoting other people. *judgmental Neil*

I started writing this article yesterday with the idea of talking about my despair with social media, and while this is very relevant to me, personally- it’s not a new idea, and it’s certainly one I’ve ranted about in the past.

To friends who have heard this from me before? Bear with me.

Older folks will be the first to say that we’re too connected. That we don’t take the time to be outside anymore. I guess they’re neglecting the time they spent with TV/Radio/Newspapers/Pulp comics/nudie mags, but I digress. 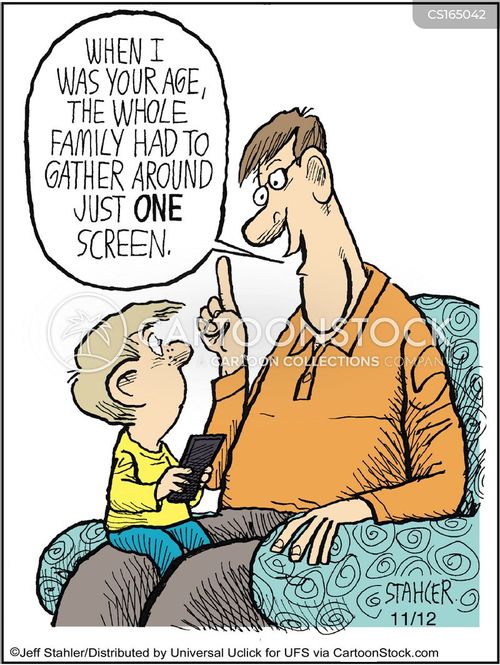 Recently though, I can’t deny that facebook, the epitome of ‘personal social media experience’, is getting the better of me. I often find myself on two trains of thought.

1: Wow, what a useful tool for my career!

2: Fuck this fucking thing, all it’s doing is making me miserable-CAN YOU STOP REMINDING ME ABOUT HOW I WAS FRIENDS WITH THAT PERSON TWO YEARS AGO?!

Today, I’m on #2. It’s not pleasant. Facebook is this weird bubble, worse in a way than any social media network that’s come before it, at least for me.

It’s all about ‘friends’.

It’s not ‘followers’. You can lose a follower. It’s not about ‘subscribers’, that’s their business if they don’t like my content. It’s about ‘friends’, and fuckalmighty does that make it sting when relationships crumble.

Stand By Me, the hit film of 86, made a point with 10 year old me that I’ll never forget. “Friends move in and out of your life like busboys at a restaurant”.

Thanks for the wisdom Wil Wheaton!

That’s natural, it happens. Friends move on. Even in the more dramatic situations- you were a dick, they were a dick, or you were genitalia together, you’re allowed to make mistakes. But on facebook, your failure is there to see. Unfriended. Over. Done. *Dead Pacman Noise*

Enjoy your ‘personal social media experience’ dry heaving in grief over your keyboard, you pathetic mess!

But even worse for me personally? The professional contacts. I feel like this is the social media version of high heeled shoes. Cool concept, but painful as hell to execute.  You don’t know them, and more than likely after the professional thing you had is said and done, your facebook friendship lingers on way past its expiration date.

But you won’t cut the tie, and you know why? The potential of something. A close professional relationship where you have each other’s back- maybe something more…?

What a witty gif you just posted. Be here in 20 minutes. 😉

THEN they cut the tie on YOU.

Slow down, bud. Think about it for a sec.

They didn’t do anything wrong. They just saw what you didn’t. They were more self aware than you- they knew your relationship with them was strictly professional, so they decided to trim the fat on their ‘personal social media experience’.

After all, facebook is just for friends! Don’t take it personally!

Huh? Why did we add each other in the first place then…? Good question.

I’l give an example from my own life- I did a show one time with a girl, she was kinda cool, we were bros for a while. She asked me acting questions after, we did another show together, bro relationship went down a bit but still okay.

That right there? Is the definition of “don’t take it personally”. Even if she had a problem with something I had done, she didn’t have the guts to confront me about it, so what can be done? It’s not personal!

But how can I not?

That’s what Facebook is FOR  after all. A personal experience. I’m an actor. I need to keep contact with people that might give me work. I’m also a depressed person, and judge myself most harshly of all. Every time I have someone deleted me, it’s a little knife wound I can’t deny. 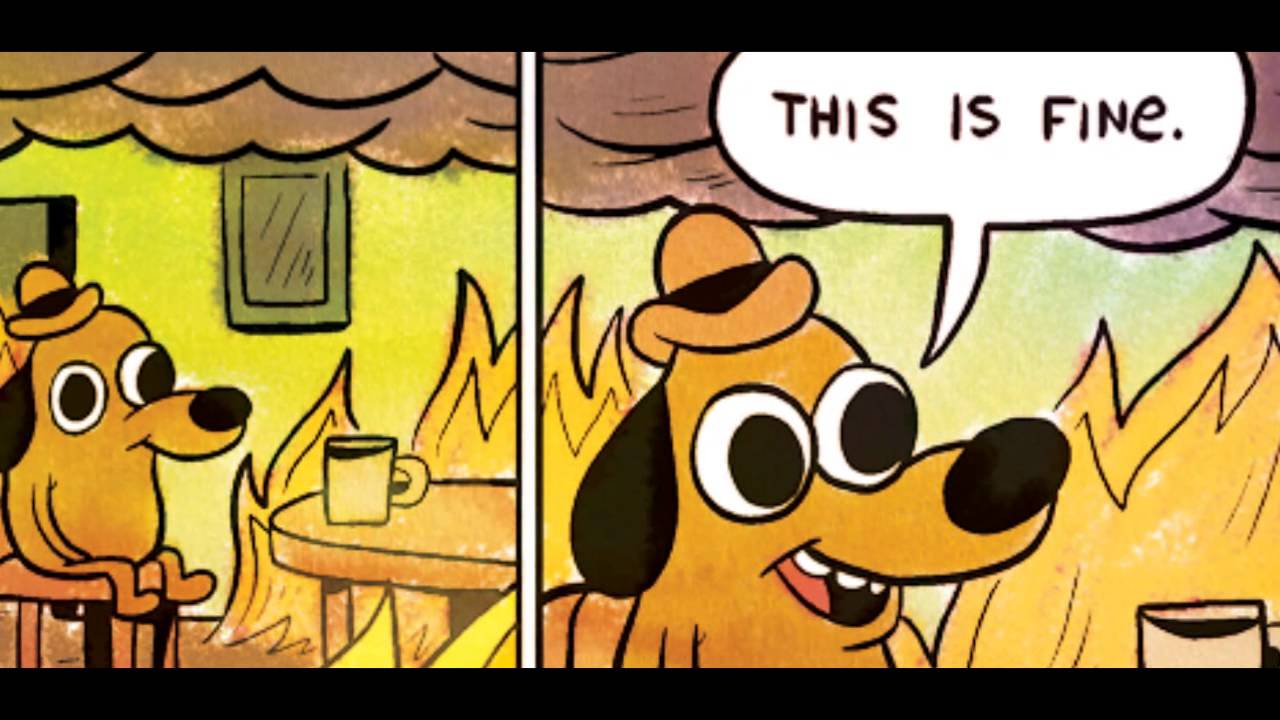 Obvious image use is obvious. Still, if it ‘aint broke.

This makes me question the whole idea of personal connection to our technology. I miss the days of vague hand gestures when someone asks “Are you and Carol good?” Because you legitimately didn’t know.

That’s not a bad thing, either. Hell, by the time you see Carol again, maybe she’ll have forgiven you for not cleaning up the piss you left on the toilet seat

But in this ‘personal social media experience’, there is no grey. There is only knowledge that that person is not your friend anymore, carol is not your friend, and your piss staining ways are not in her life anymore.

“YOU’RE NOT MY FRIEND ANYMORE!”

You were a ton shorter at the time and couldn’t go outside without a hat.

I SAID DON’T POST SPOILERS! YOU’RE NOT MY FRIEND ANYMORE!

We’ve been downgraded to the squabbles we had at four years old. And no, you’re not invited to my birthday party. These ‘personal social media experience’s are, in my opinion, making it harder and harder for us to trust one another and build healthy relationships.

Where does this leave me? Should I become a hermit in the woods Perhaps. But not today. There are some positives to our technology, and ‘personal experiences.’

Today I did a little bit of research on the new phase of gaming that will be entering our consciousness in a big way in the next few years- Virtual Reality gaming.

Long story short, we’re gaining the ability to walk around a warehouse space and shoot zombies. AND you can do it today, in Melbourne! Incidentally, if that sounds like a good time, hit me the hell up.

This is really cool. It’s amazing in fact. Our technology seamlessly integrates with our lives to the point where we can spend an hour walking around deaf, blind and by the end, sweating our tits off- and all in the pursuit of a fictional goal. We are so connected to our virtual selves in this moment that gamers who stereotypically are seen as lazy exercise haters (and rightly so)- will actually exercise, because these people have created a seamless ‘personal experience’.

Hell, in my work, in anybody’s for that matter- aren’t we trying to make something that connects with someone? To make them feel engaged? Can I really fault Facebook for what is clearly my own personal issues projected by a feature that the social media forum could not function without?

In reality, the only way I can make it better for myself is to slowly extricate myself from Facebook, maintain my page, and cross my everything that it doesn’t cost me too many opportunities. But even today, before writing this, one of the first things I did was lament the loss of above bro I did two plays with.

Whatever you choose to believe though, you can’t deny the power social media holds over us now. To the point where if I saw Carol who had unfriended me over the piss stained toilet seat, I would assume we’re not friends anymore. Because of a button pushed.

But maybe Carol was still open to being friends if I just apologised?

I would know nothing of that. I would simply ignore her, because I would think that’s what’s appropriate to do with someone who doesn’t like me. Damage done. From there, Carol would see me ignoring them and ignore me too. A friendship dead.

A likely scenario even then? Nah. But now it seems nigh impossible. The social dance has 12 more steps thanks to social media, and we don’t quite know how to dance them yet. In the meantime, we will squabble like four year olds, and end friendships that could’ve lasted much longer in another age.

And on that note, I’m gonna go play Tomb Raider. Another age? Eh?

(I really wish I could say every piece I do won’t end with a lame joke. I really, really do.)

TL;DR: If you’re not quite mentally stable, social media can be a bitch, and video games are fun.

Actor, writer, comic, failed vigilante. This is where I go to connect somehow. Find me on www.jackinaction.com View all posts by jackinaction